Not long ago, the terms ‘energy’ and ‘climate’ began to be intertwined. Initially energy production was linked to environmental problems in general. Since the beginning of the industrial era, the negative impacts of coal on human health and air quality, on top of the impacts of mining, became apparent. In the 20th century other fossil fuels and nuclear energy increasingly became the focus of environmental concerns.

Since early in the 19th century, there have been warnings about the relationship between the planetary climate and the concentration of certain gases in the atmosphere. At the end of the 19th century, the first warnings were issued regarding the release of certain gases through fossil fuel use and the possible alteration in the composition of the atmosphere and therefore the climate.

The idea that there is a relationship between the relative proportions of different gases in the atmosphere and the planet’s average temperature is widely accepted. There is also consensus that a larger concentration of greenhouse gases is historically associated with higher global average temperatures.

The first figure shows the strong growth of CO2 emissions and main sources including fossil fuel extraction and use. It should be noted that the bulk of these emissions occurred after 1970.

The second figure shows the concentration of greenhouse gases in the atmosphere. Between 1750 and 2017, 2,200 (+/-320) Gt CO2 (gigatons of carbon dioxide) were released into the atmosphere, half of this in the last 40 years. Seventy-eight percent of these emissions correspond to emissions associated with fossil fuels (IPCC, 2015, p. 5).

According to the Intergovernmental Panel on Climate Change (IPCC), the UN body responsible for assessing science related to climate change, to ensure that the average global temperature increase does not exceed 1.5°C above the pre-industrial temperature (with a 66% probability), greenhouse gas emissions should not exceed 420 Gt CO2. The IPCC considers 1.5 degrees to be the threshold below which some of the most serious consequences of climate change can be avoided or managed, taking into account the fact that this global average rates implies much more dramatic local changes, increasingly severe and unpredictable extreme weather events, a significant rise of sea levels, serious impacts on fragile ecosystems and more.

In 2015 at the Paris Climate Conference (COP21) many of the countries of the world signed on to ‘the Paris Agreement’: a binding agreement setting out a global framework for climate action, aiming to avoid the most dangerous effects of climate change by limiting global warming to ‘well below 2 degrees’ and implementing measures to limit this to 1.5 degrees (Paris Agreement to the United Nations Framework Convention on Climate Change, 2015). Considering that between 30 and 40 GT CO2 are emitted globally each year, and if current production and consumption patterns are maintained, the emissions quota that would ensure compliance with the Paris Agreement targets would be exhausted in just over a decade (Intergovernmental Panel on Climate Change, 2018).

If the world hopes to accomplish the objective established in the Paris Agreement – to limit average temperature increase to 2 ºC – no more than one-third of proved fossil fuel reserves can be consumed by 2050 (IEA, 2012). As the International Energy Agency (IEA) states, we must leave fossil resources in the ground, even if we know they are available. This objective must be the starting point for any peoples’ energy transition process.

Moreover, other energy sources must be evaluated with a perspective that not only prioritises reduction in greenhouse gas emissions during their extraction and use, but also takes into account respect for the workers involved, preservation of territories, and respect for the traditional communities affected.

In this context, although the Paris Agreement recognises the urgency and importance of reducing greenhouse gas emissions in order to keep global temperature rise within the established limits, the mechanisms proposed for this reduction are inadequate. The Paris Agreement abandoned a framework of mandatory goals that had been agreed in the Kyoto Protocol (adopted in 1997, entering into force in 2005) and replaced them instead with voluntary objectives. This was a major setback for global climate change policies.

The Paris Agreement relies on a framework of ‘Nationally Determined Contributions’ with each signatory country publishing voluntary reduction targets. The Nationally Determined Contributions published by countries do not propose reductions sufficient to achieve the goal of 2 ºC maximum rise in average global temperature. At the same time, many countries’ plans rely on untested technologies and dubious market mechanisms in order to reach their already-too-modest reduction targets (Friends of the Earth International, 2021). The implementation and deepening of market mechanisms means that real emissions reductions are not happening, and it leads to increased socio-environmental conflicts in the regions where offset projects are installed. The idea of resorting to technological solutions with unproven consequences but with very high risks – mainly for the impoverished communities and regions where these ‘solutions’ would be implemented – constitutes one more distraction from the measures that are needed for a just energy transition.

Reducing fossil fuel use by the amount necessary to reduce the risks of catastrophic climate change is a challenge of monumental proportions. To meet the Paris Agreement objectives even traditionally conservative institutions like the International Renewable Energy Agency (IRENA) propose that by 2050 we should be burning just one quarter as much oil as in 2010 (IRENA, 2019).

All processes for a peoples’ energy transition must take up the urgent challenge of abandoning fossil fuels. This must be monitored, taking into account the social consequences for communities that have been affected by, and at the same time have depended upon, extraction for their livelihoods, including workers in the relevant sectors. 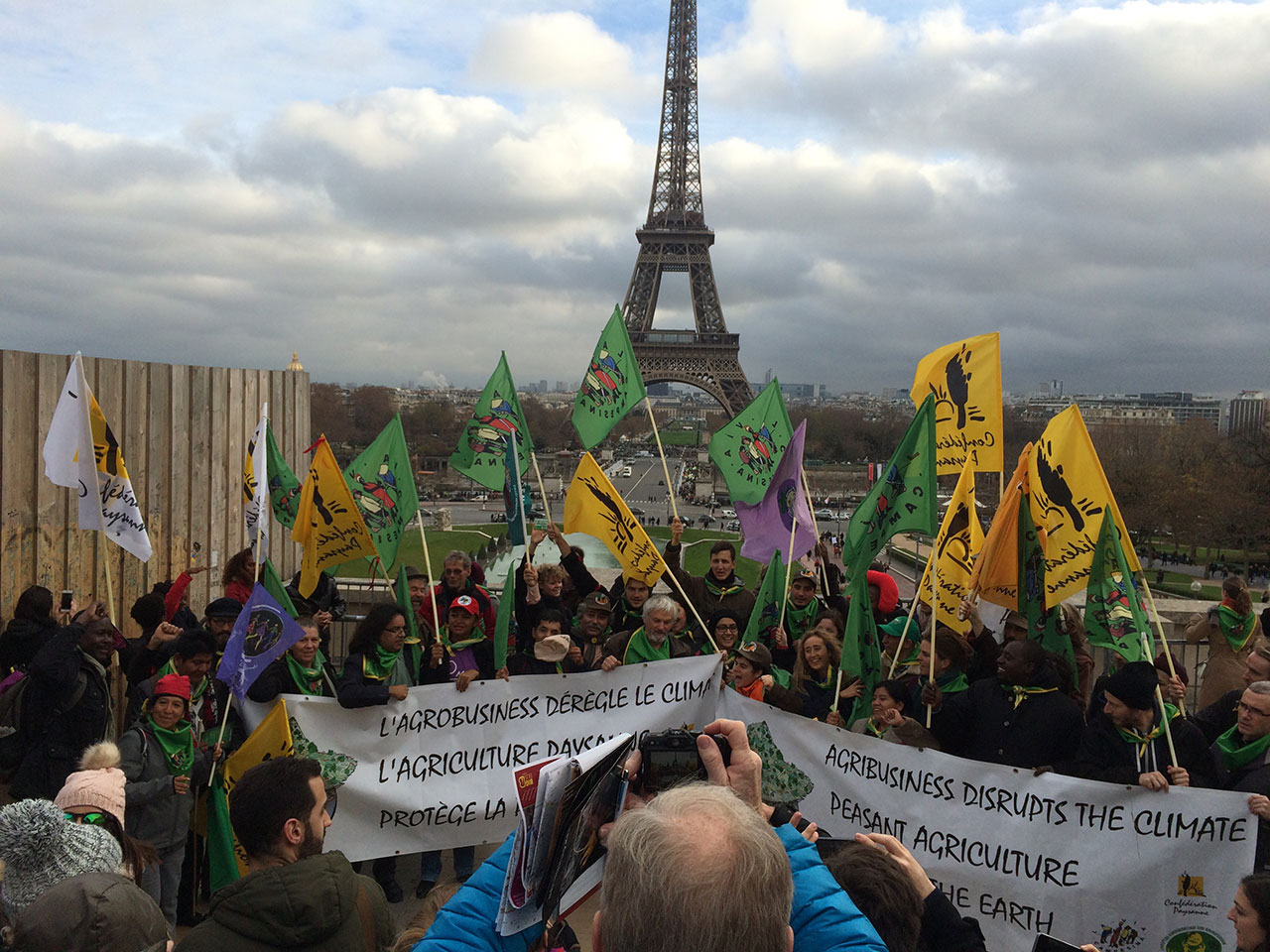