Agrofuels – fuels derived from agricultural products including soy beans, sugar cane, oil palm, and corn, among others – began to be exploited on an industrial scale in the late 20th century, partially in response to concerns about declining availability (and rising costs) of fossil fuels, and often justified by reference to the environmental costs of burning fossil fuels. This ‘boom’ in agrofuel affected several regions of the Global South. The expansion at the beginning of the 21st century coincided with a global increase in the price of oil. Europe and the United States played a key role in promoting the expansion of agrofuel production by setting targets for renewable energy use, and use of renewable fuels for transport.

This initial push for agrofuels evoked an image of abundance that allowed politicians, industry, the World Bank, the United Nations, and even the Inter-governmental Panel on Climate Change to present these fuels as a key part of the transition away from an oil-based economy.[1] This promotion of agrofuels triggered an unprecedented transformation of the food system.

Agrofuels have been presented as an answer to global warming on the basis of the fact that, rather than releasing fossil carbon into the atmosphere, their burning releases carbon which was only recently absorbed from the atmosphere by the growing plants. Proponents have thus tried to argue that no new greenhouse gasses are released into the atmosphere. This is false for many reasons, but mainly because agrofuel production is itself associated with extensive fossil fuel use and emissions (from tractors to chemical fertiliser production), and with a model of production that is highly concentrated and profoundly energy inefficient (Kossman & GRAIN, 2007). 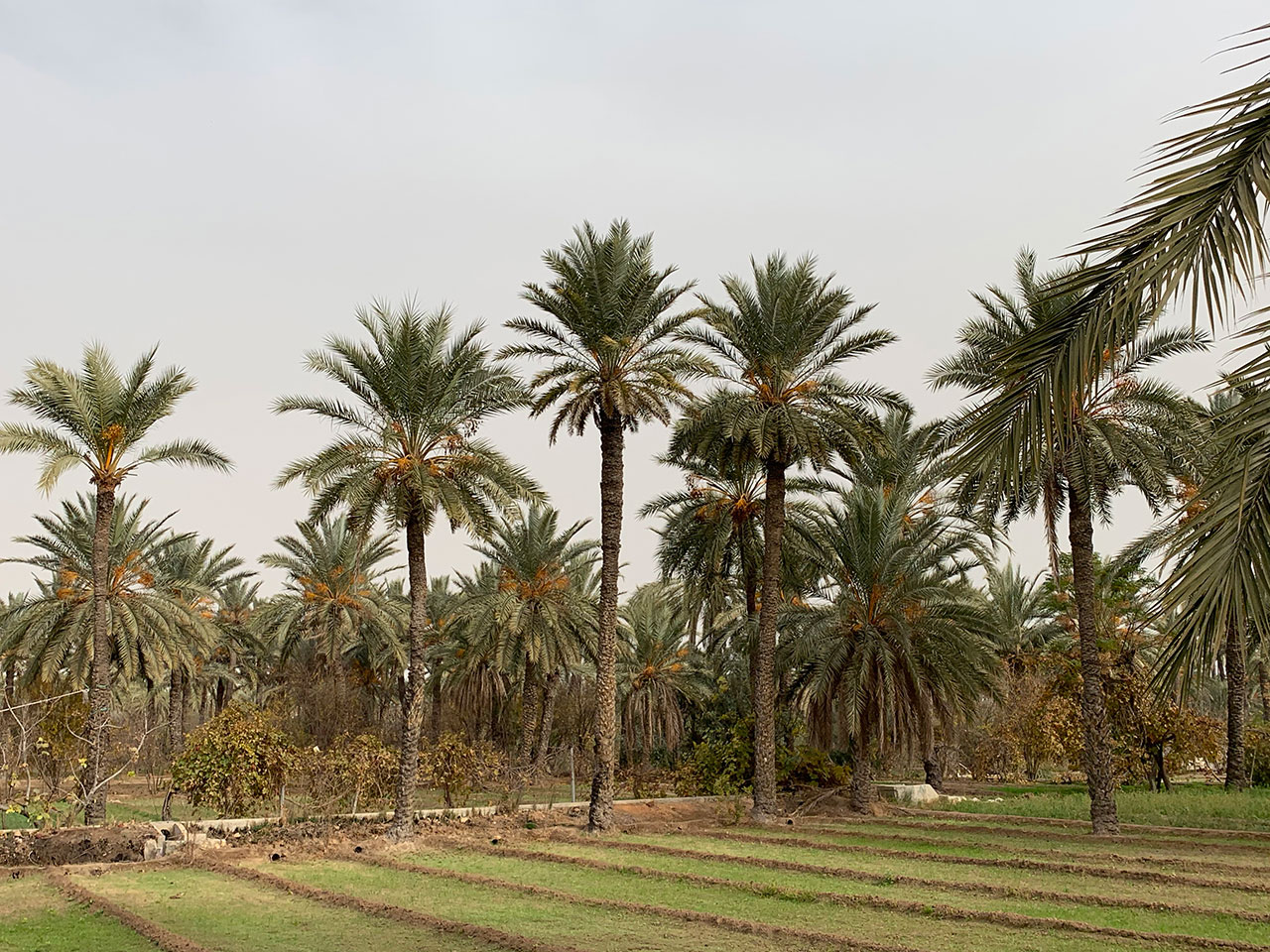 Agrofuels do not contribute to mitigating global warming. They also displace food crops; promote concentration and grabbing of land, water, and natural heritage; displace peasants, and increase corporate control of energy and agricultural systems. Those who promote a corporate energy transition look to agrofuels to replace the versatility of liquid fuels used in transport. This initiative comes from a strong alliance between oil, auto, and chemical companies.

Looking at its potential for climate change mitigation, the analysis has changed in recent years, since it now takes into account the impact on land use change in different regions.[2] The European Union, for example, amended its renewable energy directive to reduce the targets for agrofuel use by 2030.

The following figure shows that only a few ethanol alternatives and some new technologies have lower greenhouse gas (GHG) emissions than fossil fuels. However, these measurements do not take into account the energy used in production, nor the other impacts of agrofuel production. 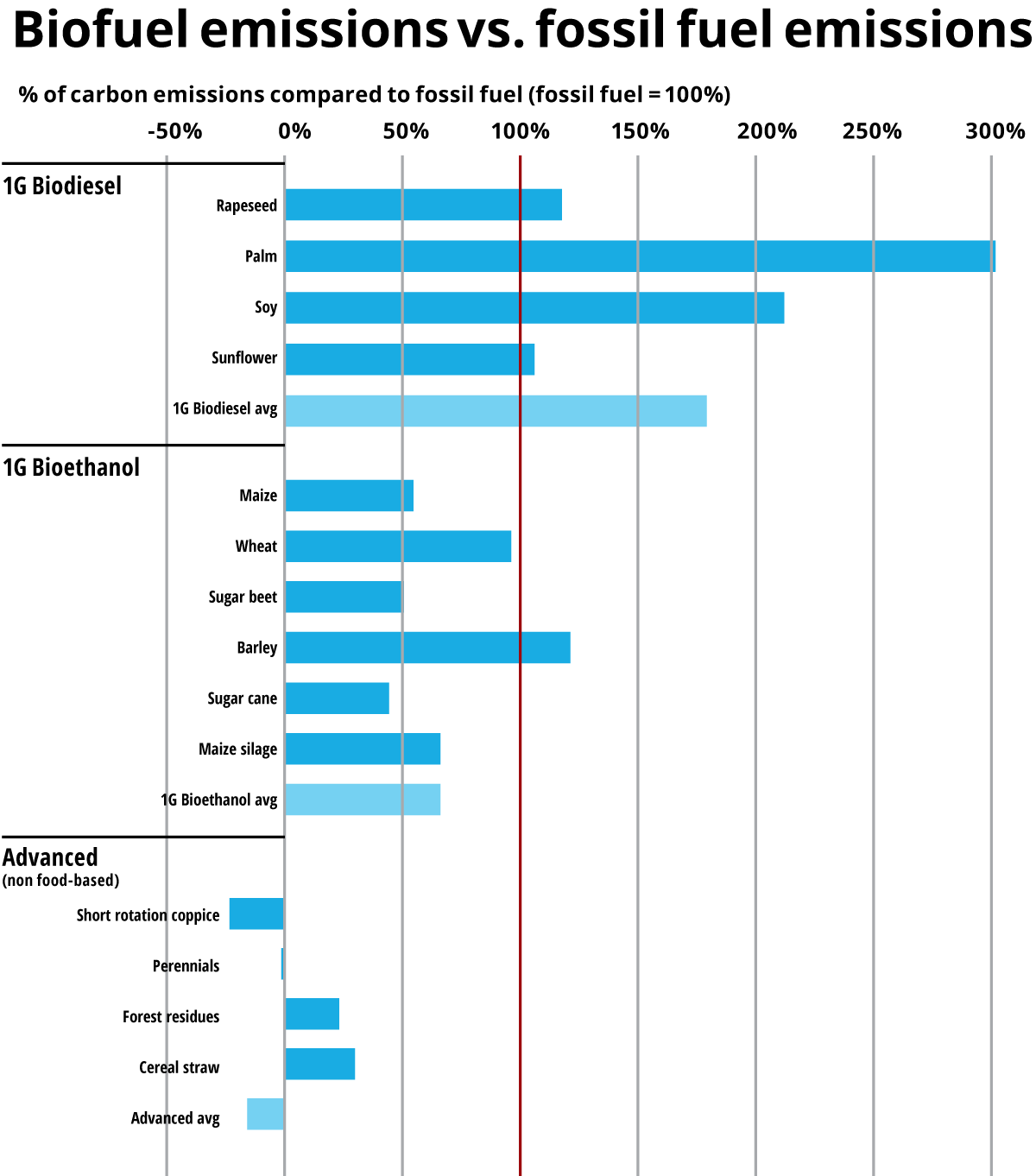 Diesel produced from vegetable oils – which presently represents approximately 70 percent of the biofuel market in the European Union – generates, on average, 80 percent more emissions than the fossil diesel it replaces.[3] Even after regulatory reforms to reduce biodiesel targets, the increase in emissions resulting from EU support for biodiesel is comparable to the emissions of 12 million additional cars.

The analysis presented here only looks at GHG emissions, which have been the main argument for promoting and financing agrofuels projects. It does not examine the impacts of agrofuel production on land use, food production, and land concentration, among other negative effects.[4] 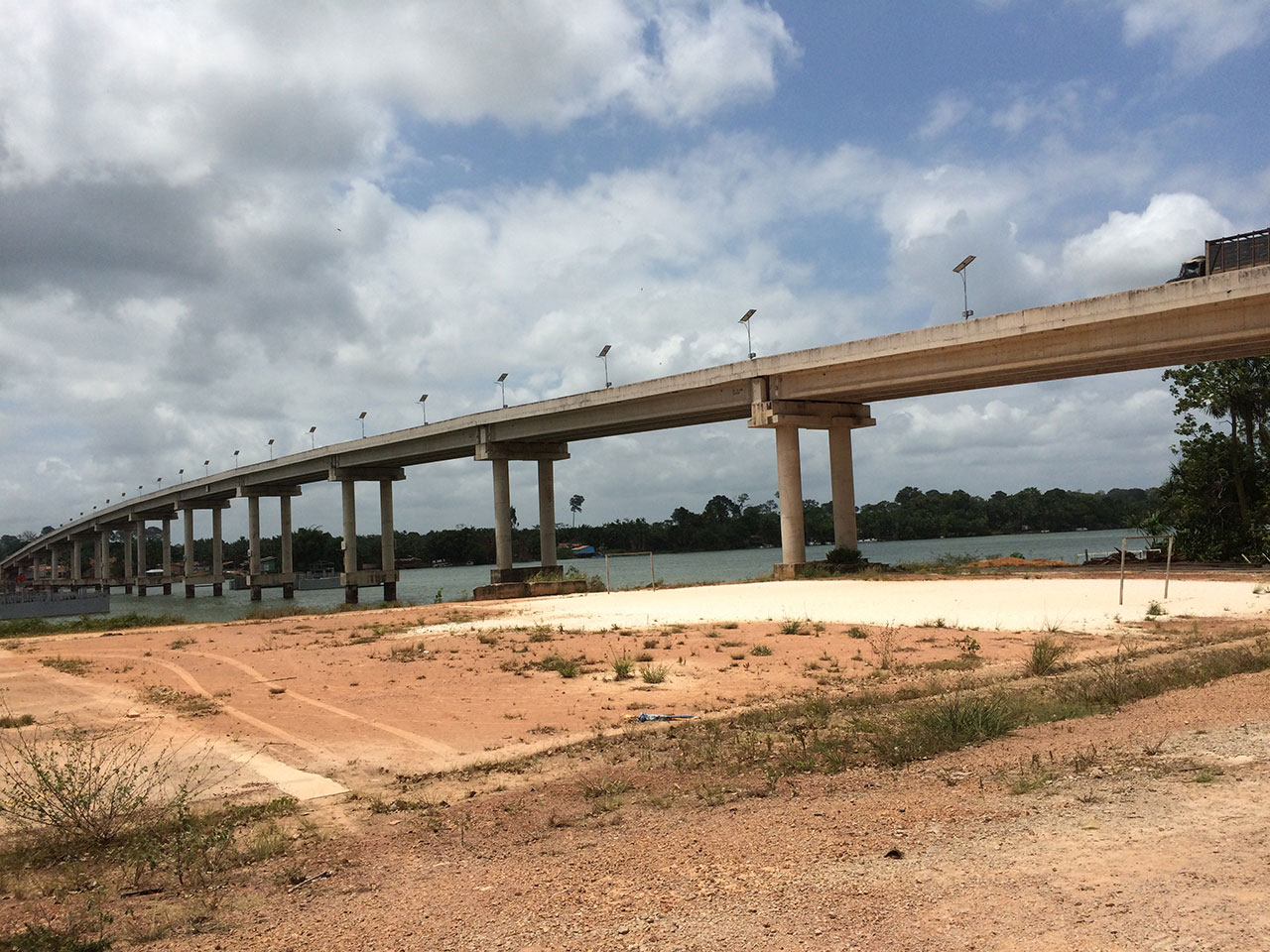 In the context of Latin America, the Economic Commission for Latin America and the Caribbean (ECLAC) warned that:

‘Latin America has the potential to satisfy a large portion of the world demand for ethanol and biodiesel. However, biofuel production con lead to an expansion of the agricultural frontier, which creates a serious challenge for the agriculture sector and possibly for the environment in the region’s countries (…) The increase in energy crops can create serious changes in the agrarian structure. The most significant expected structural changes are higher concentration of production and tenancy, and the emergence of new types of actors and norms. There would also be significant changes in economic structures, mainly due to the creation of economies of scale, and pressure on ecosystems and natural resources would increase.’

ECLAC also asserted that this would lead to an increase in food prices and a transfer of resources from consumers to producers.

At a global and regional level, the transport sector’s demand for fuel is so high that substituting fossil fuels with vegetable-based fuels would require using vast areas of land that are presently inhabited mostly by traditional peasant, Indigenous, or Afro-descendent communities.

A peoples’ energy transition centres the discussion on the forms and needs for transport, more than on which energy sources can satisfy current uses.