The trade and investment protection regime can affect the prospects of moving towards a peoples’ energy transition. The volume of goods traded internationally is responsible for a large portion of global energy demand. In many cases, this trade entails the transport of raw materials for manufacturing and later consumption with each stage taking place in different parts of the globe. This ineffeciency drives increasing energy consumption. At the same time, raw materials are generally products derived from mining or agro-industry, which reproduce the same model of extraction and distribution based on unlimited energy use. The trade and investment regime aims to drive the continued (and unsustainable) growth of international trade.

Free Trade Agreements (FTAs) and Bilateral Investment Treaties (BITs) are key instruments of this regime, ensuring its continuity and expansion. IFTAs and BITs are agreements between countries or blocks of countries that give trade and investment protection mechanisms the status of binding international treaties. These agreements give broad rights to transnational corporations when they invest in other countries, protecting existing and future investments as well as anticipated earnings. The definition of ‘investment’ they employ goes far beyond tangible goods and includes stocks, debt bonds, financial and speculative investments, and intellectual property rights, among others. 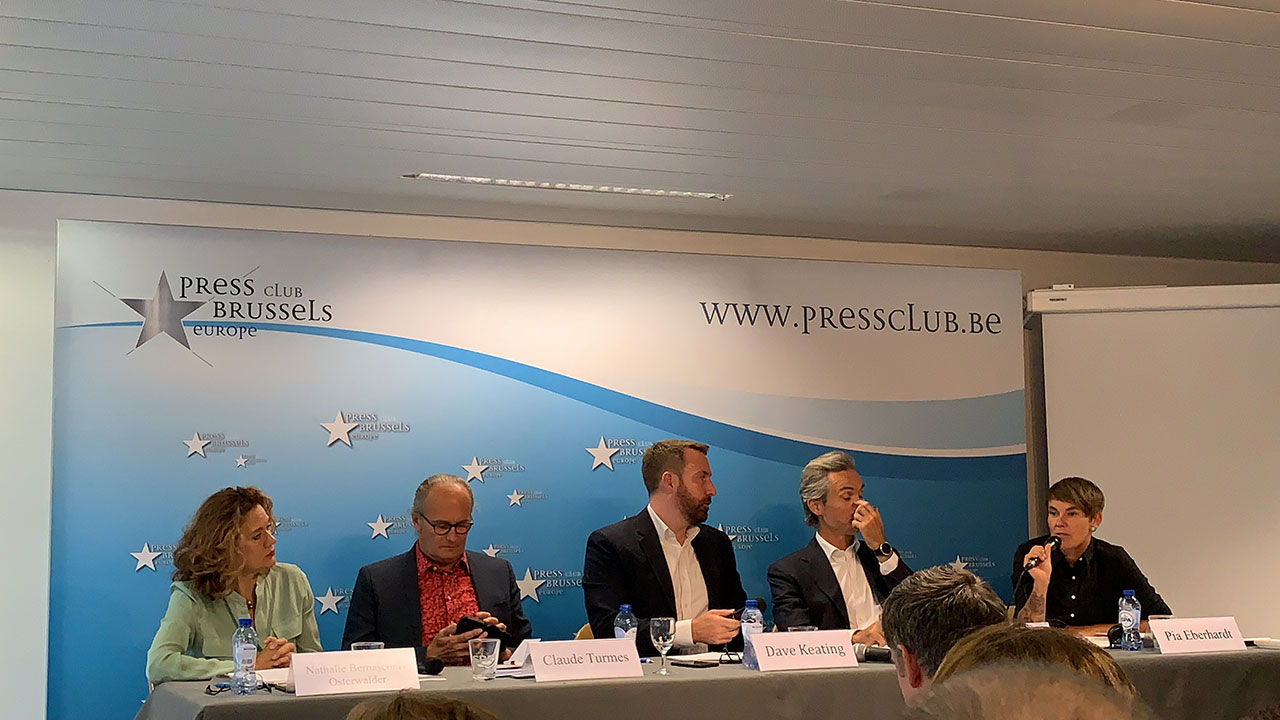 Investor-State Dispute Settlement (ISDS) is one of the mechanisms that protects the rights granted to investors in these agreements, ensuring country’s compliance. ISDS allows investors to sue states in international arbitration institutions when they believe their rights or profits have been negatively affected by government policies or other factors. There are nearly 1,000 cases worldwide where investors have sued states in international arbitration courts challenging ‘any action by a nation state that could affect an investment: from laws and regulations from parliaments; to measures by governments and their agencies; and even court decisions, no matter whether they are taken at the local, regional, or national level.’ (Eberhardt, Olivet, & Steinfort, 2019). Many of the claims relate to measures taken to stop projects in the energy sector that would have negative impacts on territories and their communities.

The investment protection regime is very controversial, among other reasons because:

So far an estimated 263 claims have been filed under this mechanism in the energy sector alone.[4] More than half of these have been filed under the Energy Charter Treaty (ECT), which was signed in 1994 and protects investments in the energy sector. The ECT has fifty member countries in Western and Eastern Europe and Asia. It was developed in order to ensure access to energy resources within the former socialist bloc during the economic transition period. 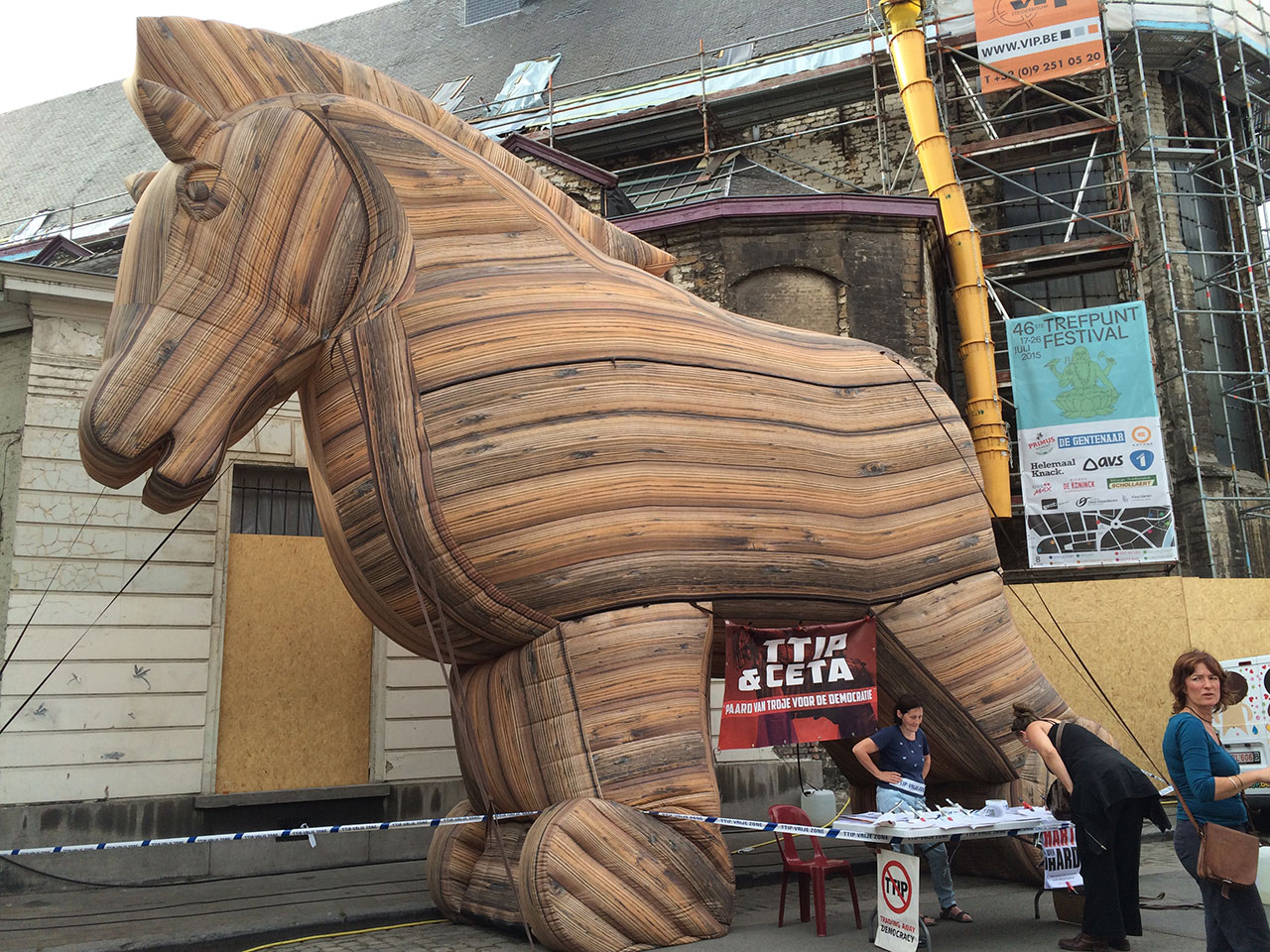 Today this treaty is expanding into Asia, Africa, and Latin America. Along with other trade and investment protection treaties, the ECT threatens the possibilities of moving towards a peoples’ energy transition. It does so in three main ways.

First, the trade and investment protection regime (including the ECT) can discourage governments from promoting policies that support the energy transition. This is known as a ‘regulatory chilling effect’.  Today, threats of costly lawsuits against governments occur (even) more often than the lawsuits themselves. Behind the scenes, energy companies openly admit – as representatives of the US oil giant Chevron once said – that ‘the mere existence of ISDS is important as it acts as a deterrent’ for decisions they do not like.[5]

Among recent examples of a lawsuit threat intended to dissuade governments from enacting measures regarding fossil fuel use is the case of the German company Uniper. In September 2019, Uniper threatened to sue the Dutch government if the Senate adopted a law imposing a moratorium on the burning of coal for energy production starting in 2030, as part of its energy transition strategy.[6] Around the world these types of lawsuits – real or threatened – create an added obstacle for countries to pursue policies supporting a peoples’ energy transition.

Secondly, the regime protects corporate mineral and fossil fuel extraction and production projects, both current and future. If a government decides to close extraction projects for obtaining gas, coal, oil, and other minerals used in energy production, they could be held accountable by foreign investors for lost profits, under the ECT and other FTAs or BITs. A government may act out of concern for the climate crisis, or in response to social pressure due to the socio-environmental conflicts created by these projects. One example of this is the 2013 claim filed by the oil and gas company Lone Pine against Canada under the North American Free Trade Agreement (signed between Mexico, United States, and Canada). The company is demanding $110 million in compensation for the Quebec government’s decision (taken as a result of social pressure) to introduce a moratorium on hydraulic fracturing (fracking). As of 2021, the case is still pending.[7]

Cases can also revolve around projects which have not yet begun. For instance UK-based Rockhopper Exploration has launched a claim against Italy under the ECT. This claim was filed in response to the government’s refusal to grant Rockhopper a concession for oil drilling in the Ombrina Mare platform, a field located in the Adriatic Sea. The government’s action was also the result of opposition from the local community to the project. Rockhopper is claiming up to $350 million in damages – more than seven times the money that the company allegedly spent during project exploration.[8]

Third and finally, treaties and agreements lock in subsidies for energy companies. Subsidies for oil, coal, and gas production in the G20 countries alone was estimated at $70 billion per year on average in 2013 and 2014.[9] The most obvious subsidies take the form of tax exemptions and direct funding, but they can also include other types of support like  providing resources such as land and water at below-market prices. These supports promote what a report from the International Institute for Sustainable Development (IISD) calls ‘zombie energy’ projects, which would not be viable without subsidies (Eberhardt, Olivet, & Steinfort, 2019).

Under the ECT and other investment protection agreements allow corporations to sue states if existing subsidy programmes are reduced. Various corporations filed at least 45 claims against the Spanish State due to cuts in subsidies for renewable energy, adding up to an estimated €8 billion (Kucharz, Bárcena, Botella, & Martínez, 2019). While the decision of the Spanish State is questionable from an energy transition perspective, it is important to note that the only companies that benefit from this system are those that promote a corporate energy transition. Cooperatives and other initiatives towards a peoples’ energy transition are doubly affected: first by the State’s decision to cut subsidies, and then by the burden placed on the public budget by legal fees and multimillion-euro compensation claims.

Those who defend a corporate energy transition, or are against any energy transition, have a powerful weapon at their disposal to ensure that the established order is maintained. Defending and promoting a peoples’ energy transition therefore demands opposition to agreements and tools that entrench the causes of the current environmental and climate crisis. 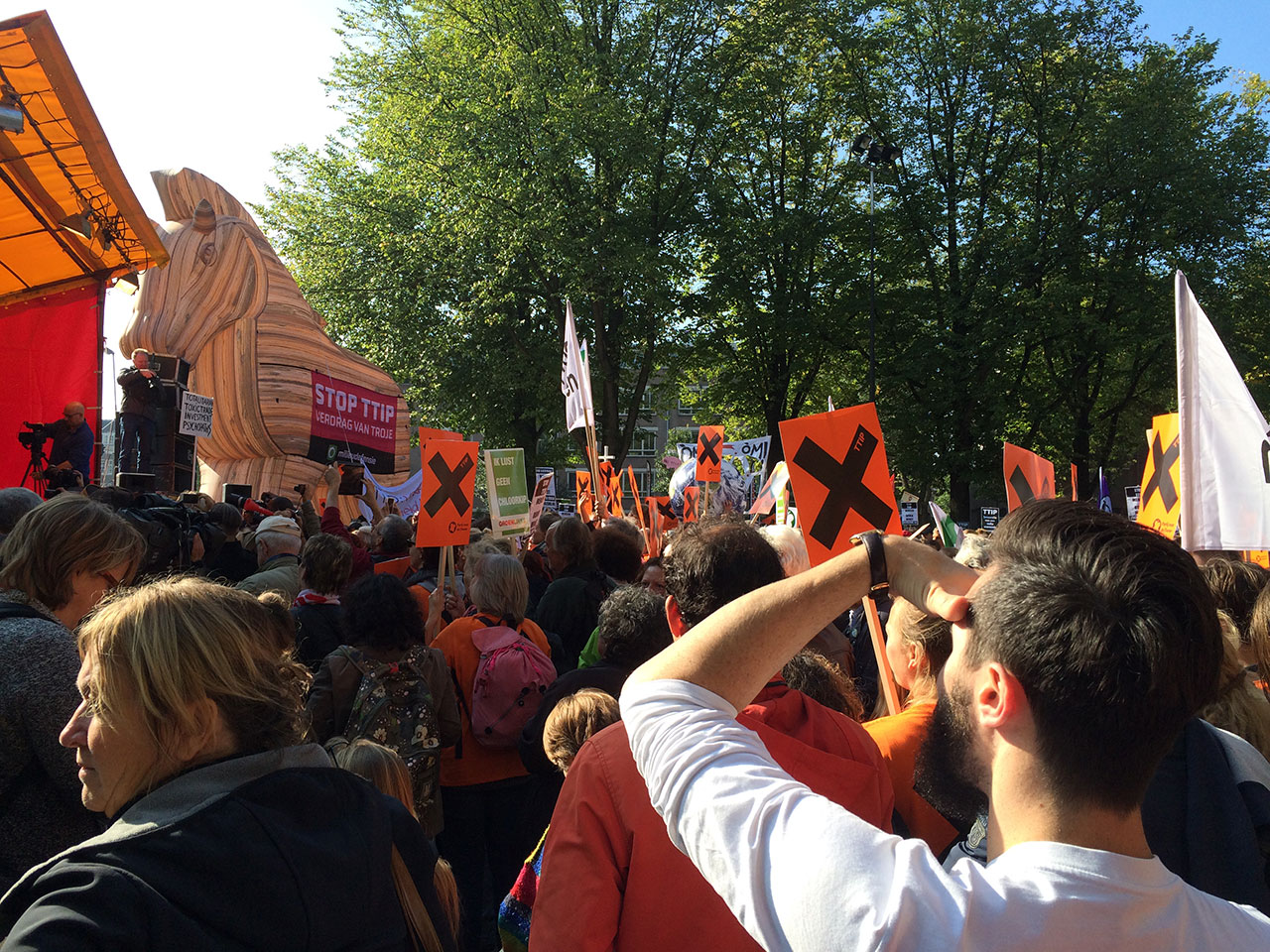