10– What should the main path be if we abandon fossil fuels? 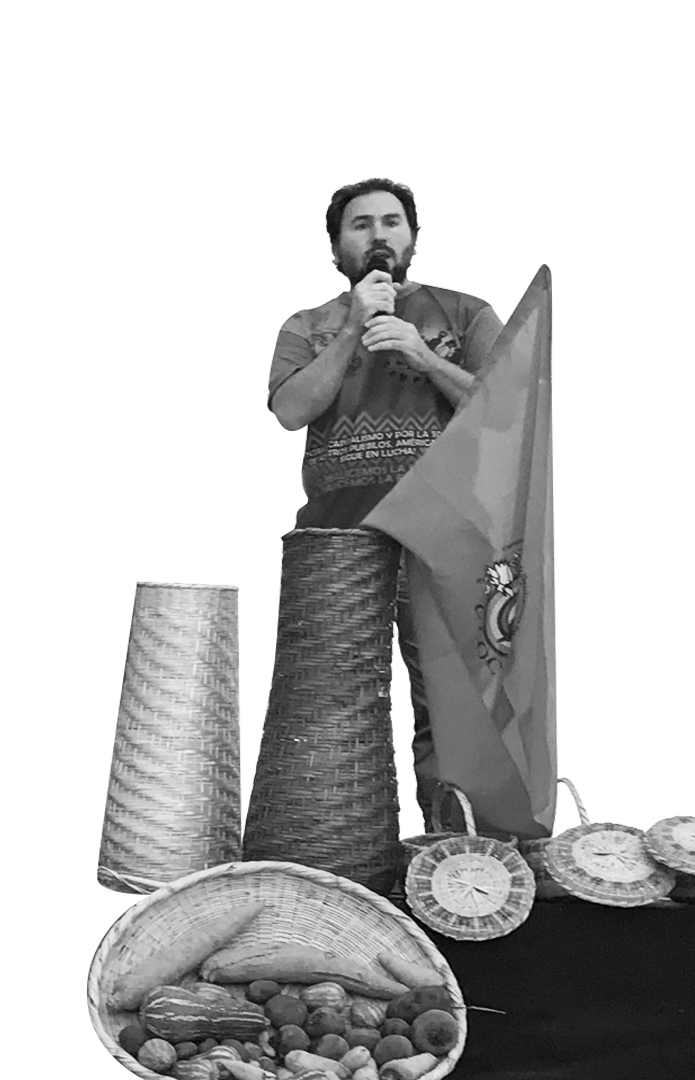 Demand reduction may be the most controversial issue, as it entails lifestyles that require less energy use. The necessary reduction in energy demand is of great magnitude. A scenario that is compatible[2] with limiting global temperature rise below 1.5 ºC requires a decrease in total energy demand to 32 percent below 2010 levels by 2050. However, the reduction should be twice as large in rich countries, where energy use is higher, in order to account for their higher historical use and to prioritise equitable access to resources for those who have less.

Reduction in demand must be planned democratically, with clear priorities, categories, and pathways for advancement, based on socio-environmental justice and good living. This is incompatible with a ‘free market’ in energy, which lacks the capacity for self-regulation in order to reduce the volume of energy resources being commercialised.

Instead this will require socially building means and systems for satisfying genuine material and energetic needs, eliminating superfluous consumption. Above all, it urgently requires setting a common goal for reducing energy use, and transforming the notion that increasing energy use is good for the general population.

The scenarios described below demonstrate the debate on how we could meet increasing energy demands worldwide as the global population grows and many societies adopt more energy-intensive technologies and lifestyles.

According to BP (British Petroleum, 2018), 13.51 billion tons of oil equivalent (TOE) were consumed in 2017 to meet all global energy needs, which is equivalent to an average annual power of approximately 17.9 terawatts (TW). This means that the worldwide per capita consumption is 1.92 TOE per person per year.  Following BP’s scenario, based on the continuity of the current (increasing) trend in energy consumption, would mean consumption of 17.86 million TOE in 2040, equivalent to an average annual power of 23.71 TW. This increase in energy demand, met through any existing technology, would put the survival of a large portion of humanity, and other species on the planet, at risk. 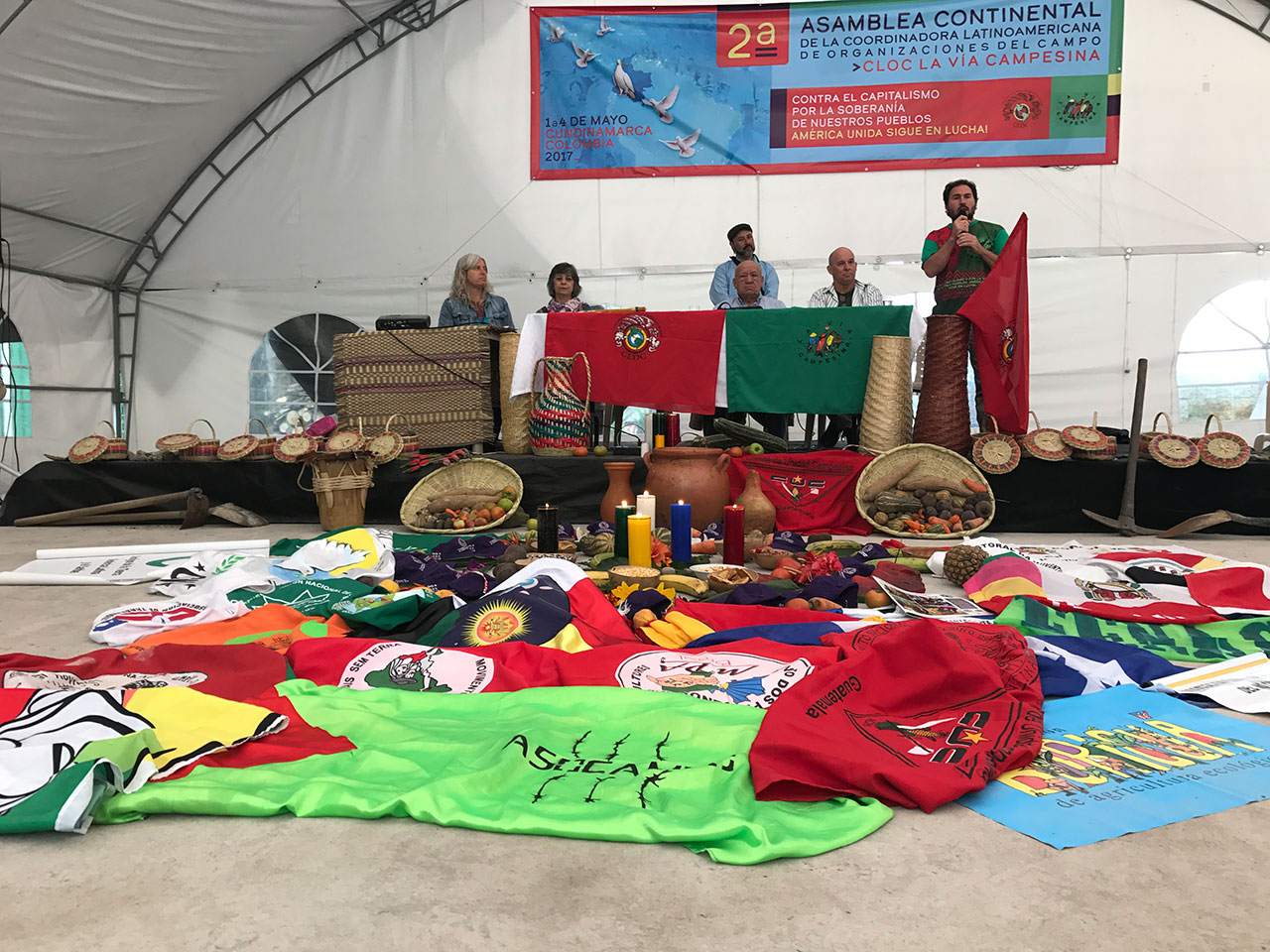 We must assess the extent of the changes needed. An alternative scenario, proposed by Ecofys, suggests instead a substantial reduction in demand,[3] meaning that energy consumption in 2040 would be approximately 6.45 billion TOE, equivalent to an average annual demand of 8.56 TW: half of that registered in 2017. 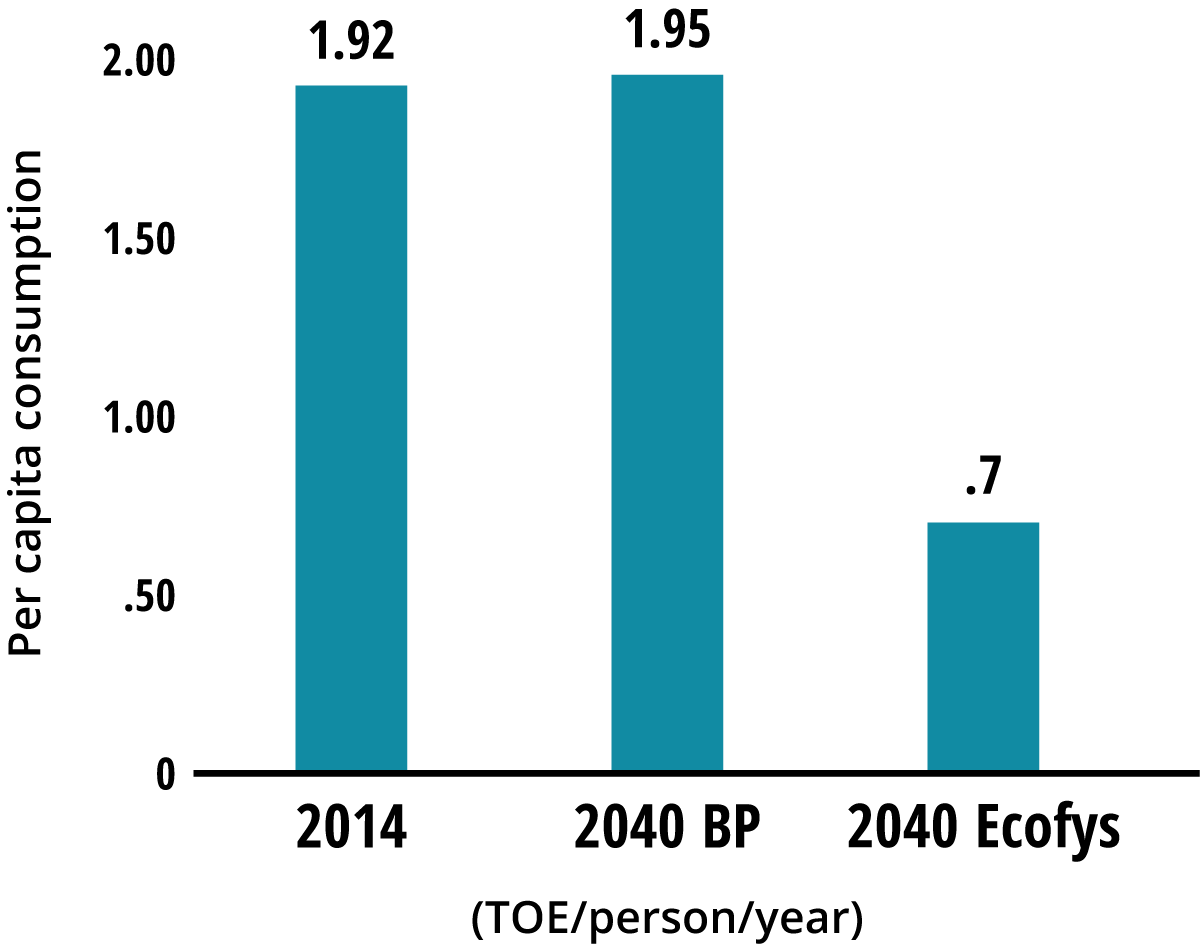 The table and graph give us an idea of the magnitude of the challenge in terms of culture and reduction of consumption. It should be noted that ‘per capita data’ obscures inequalities in distribution among the population. In the existing system, it is likely that the reduction in demand will differ according to income level and access to energy. This reduction must therefore be accompanied by redistribution policies and guaranteed access to basic energy for the entire population.

Therefore, it is not only a matter of planning a decrease in energy use, but of changing the socio-economic system, which should operate with an undeniably lower amount of available energy.

Changes to the demand side of energy are key to a peoples’ energy transition. An effective reduction in energy use is the first option. Energy efficiency measures associated with the various processes of energy transformation are not enough. Undoubtedly, the main path is to change consumption and production patterns worldwide, re-creating new ways of achieving a good life with fewer materials and less energy.