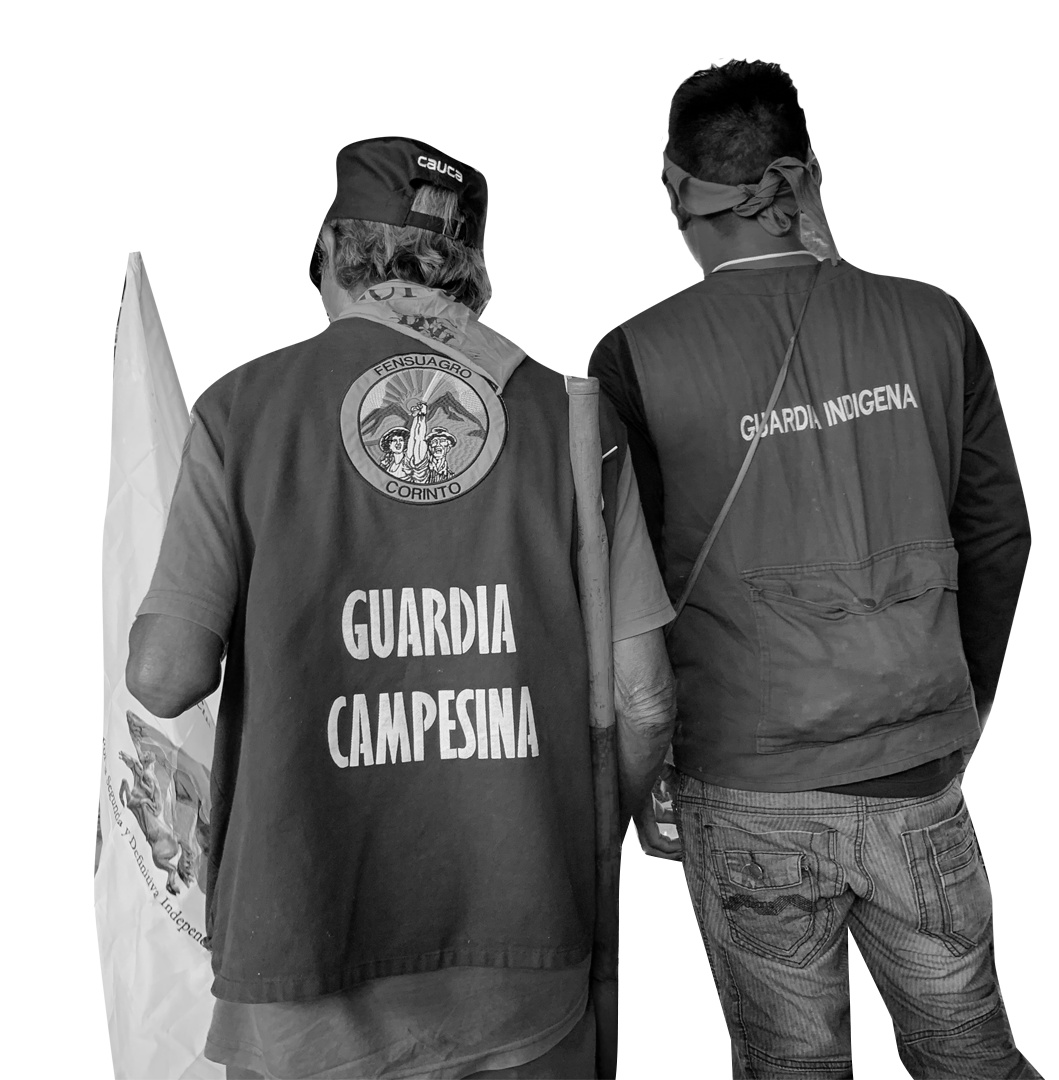 Beyond energy sources, discussing energy transition means discussing resources, public policies, sectoral conflicts, geopolitical alliances, the environment, human rights, gender equality, corporate strategies, technology, diversification of production, the relationship between energy and the distribution of wealth, the relationship between energy and production, and food sovereignty, among others. To discuss a social-ecological transition we must understand the intricate relationships between many factors, and explore diverse conceptualisations (systemic and counter-systemic), as well as existing aspirations (Bertinat, 2016).

Thus, the idea of ‘a peoples’ energy transition’ is an invitation to understand and explore new relations between rural and urban areas. New relationships can be explored between the city and ‘the countryside’; between food production and energy consumption; between food systems, local consumption, food sovereignty, and peasant agroecology,[1] and more.

As stated in Question 1, actors with many different backgrounds and ideologies realise the need to reduce fossil fuel use. However, this has sometimes led to neglecting or obscuring the role of agribusiness and agrofuels as causes of the climate crisis.

Industrial agriculture is not only responsible for the grabbing of land and territories globally,[2] but is also a massive emitter of greenhouse gasses. Growing use of synthetic fertilisers and toxic agrochemicals, heavy machinery required for large monocultures, deforestation, food and agricultural waste, and the high levels of energy consumed in large-scale food distribution and sales (refrigeration, waste, and transportation) mean that agro-industrial food systems are responsible for a large portion of greenhouse gas emissions. The interests of agribusiness corporations, like those of biotechnology and energy industries, are thus fundamentally opposed to those of peasants and the general population (da Silva & Martín, 2016).

A study by the United Nations Food and Agriculture Organization (FAO) shows that, as a whole, the world’s industrial food production systems (production, processing and trade) consume 30 percent of all energy produced. Most of the energy consumption (70 percent) occurs once food has left the farm, in transportation, processing, packaging, storage, commercialisation, and preparation (FAO, 2012). 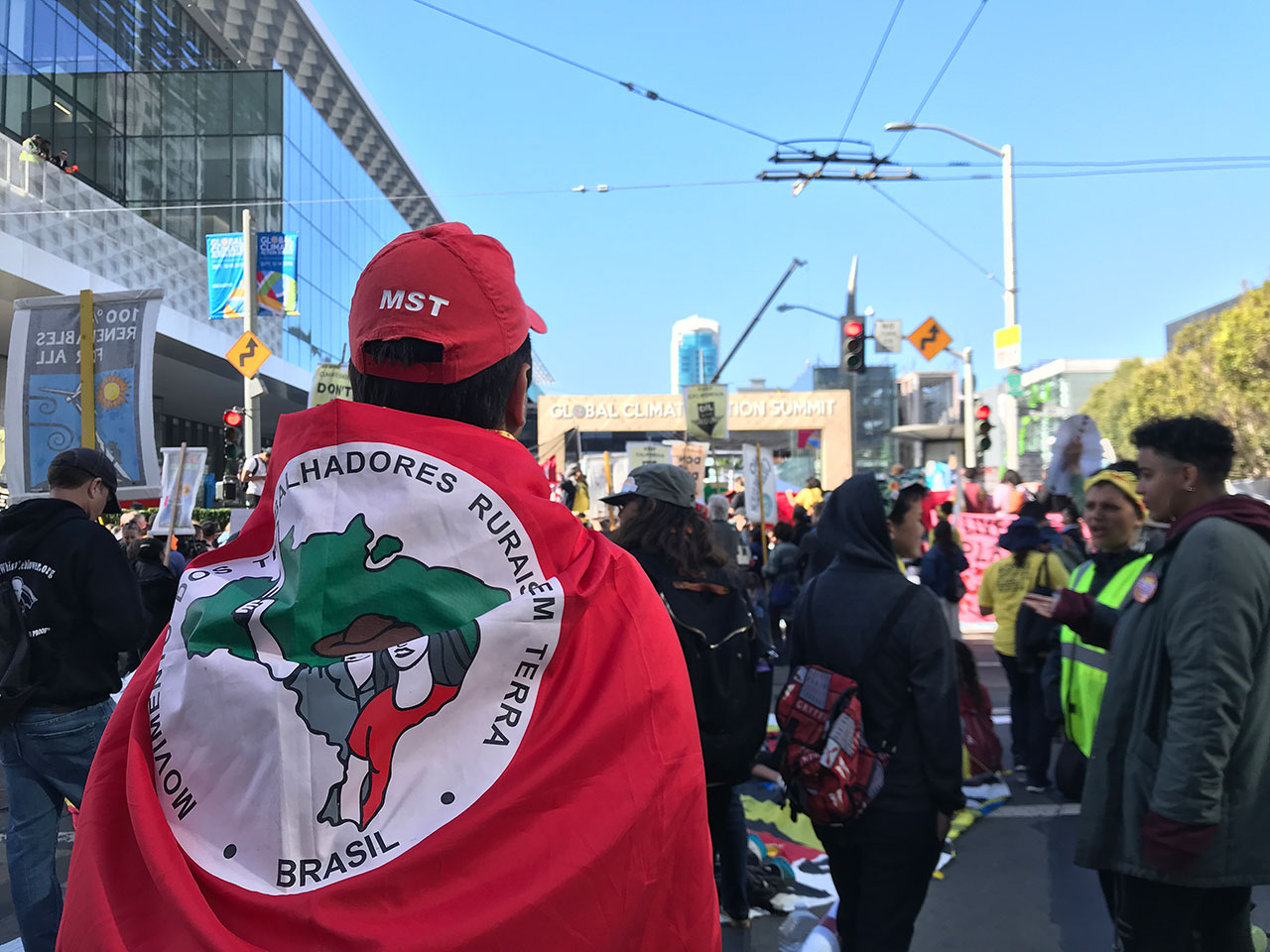 ‘Higher costs of oil and natural gas, insecurity regarding the limited reserves of these non-renewable resources and the global consensus on the need to reduce greenhouse gas emissions, could hamper global efforts to meet the growing demand for food, unless the agrifood chain is decoupled from fossil fuel use.’ At the same time, ‘without access to electricity and sustainable energy sources, communities have little chance to achieve food security and no opportunities for securing productive livelihoods that can lift them out of poverty.’ (FAO, 2012) Moreover, as asserted by the UN General Assembly in its Declaration on the Rights of Peasants and Other Persons Working in Rural Areas (UNDROP), adopted in December 2018, peasant communities must have guaranteed access to means of production, credit, and markets. Food systems and those who produce food today thus stand in the center of their own transition, their lives and livelihoods potentially threatened by necessary changes to the energy system, even as many of them are traditional keepers of knowledge, wisdom, and practices that are vital for that transformation.

Several social movements, including La Vía Campesina, propose food sovereignty as part of the solution to the climate crisis (La Via Campesina, 2017; 2016), based on family agriculture and peasant agroecology (La Via Campesina 2018a; 2018b). Peasant agriculture, as recognised and practices by these movements, is a way of being, of living, and of producing in rural and suburban areas. It is based on family labour; it uses resources controlled by peasants (land, water, energy, and biodiversity); it has a strong relationship with the environment; it constantly seeks autonomy from capitalist markets; and it focuses on the needs of peasant communities (e.g. improving living conditions and reducing heavy labour) (da Silva & Martín, 2016). Peasant agriculture and agroecology make use of various technologies. The path towards a peoples’ energy transition, among other things, leads to a reflection on, and deconstruction of notions about technology. This can help to put technology into dialogue with other forms of indigenous and traditional knowledge (sometimes described as a ‘dialogue of wisdoms’), while recognising the particularity of different cultural, social, and environmental contexts which means that there is no single system or way of living which can be replicated everywhere. A peoples’ energy transition must be co-created and co-designed by the rich diversity of actors involved in community/small-scale and agroecological production systems.[3] This includes not just peasant farmers but also small-scale fishers, pastoralists, and indigenous peoples. 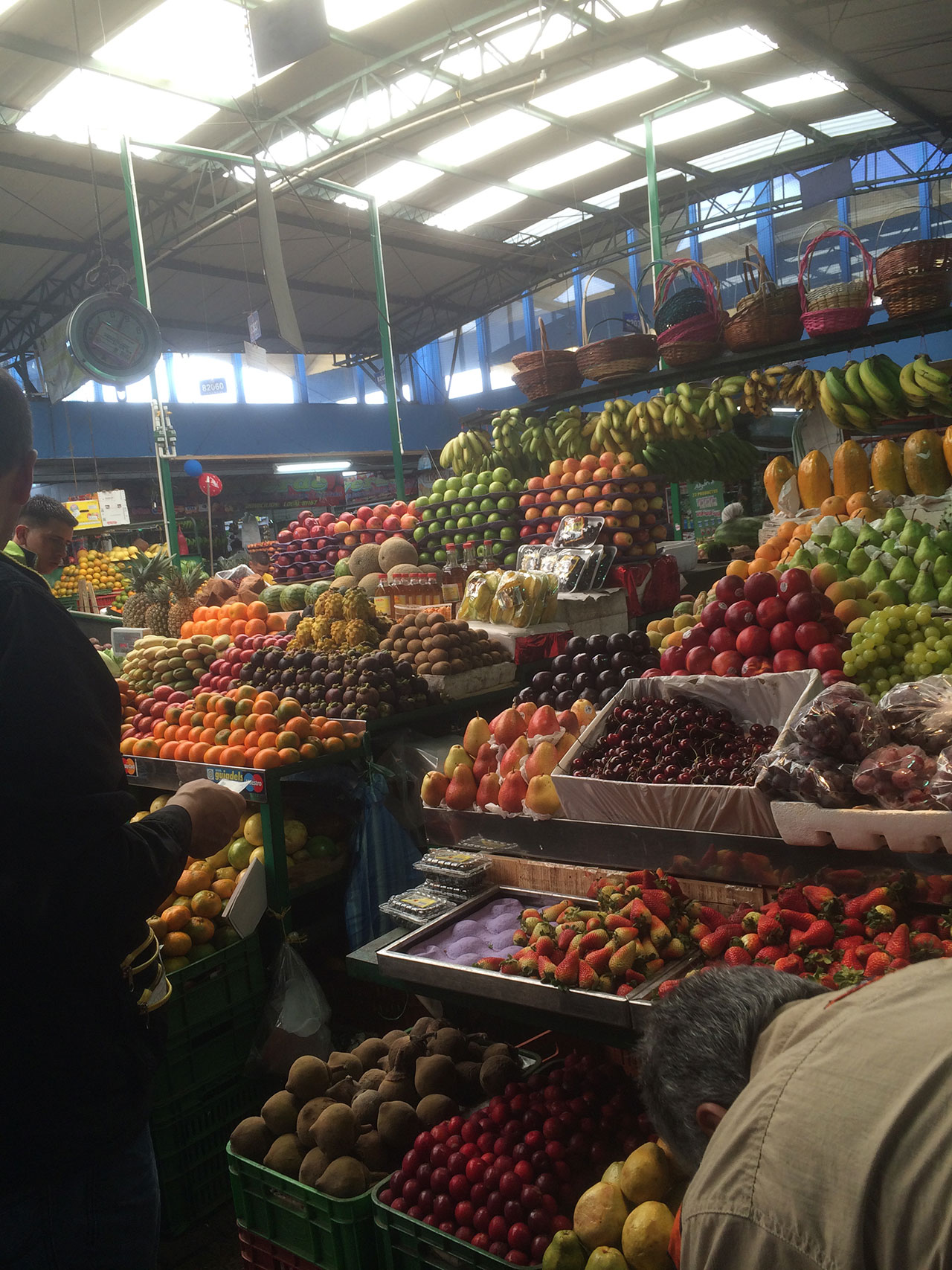 From the perspective of a peoples’ energy transition, the solution is not to make industrial agriculture more efficient or for it to use renewable energy, but to strengthen, promote, and empower peasant and ‘peoples’’ agriculture. This entails promoting food as a basic human right; agrarian reform; protecting biodiversity and the commons; reorganising the food market; eliminating the globalisation of hunger and poverty; and promoting social peace and democratic control.[4] A peoples’ energy transition requires re-directing resources and public policies, including those related to food production and access to land.

Joining forces and agendas among social movements of rural and urban workers who defend food sovereignty, family and peasant agroecology, and peoples’ energy transition, can contribute to the systemic transformation needed to move towards societies based on environmental and social justice. 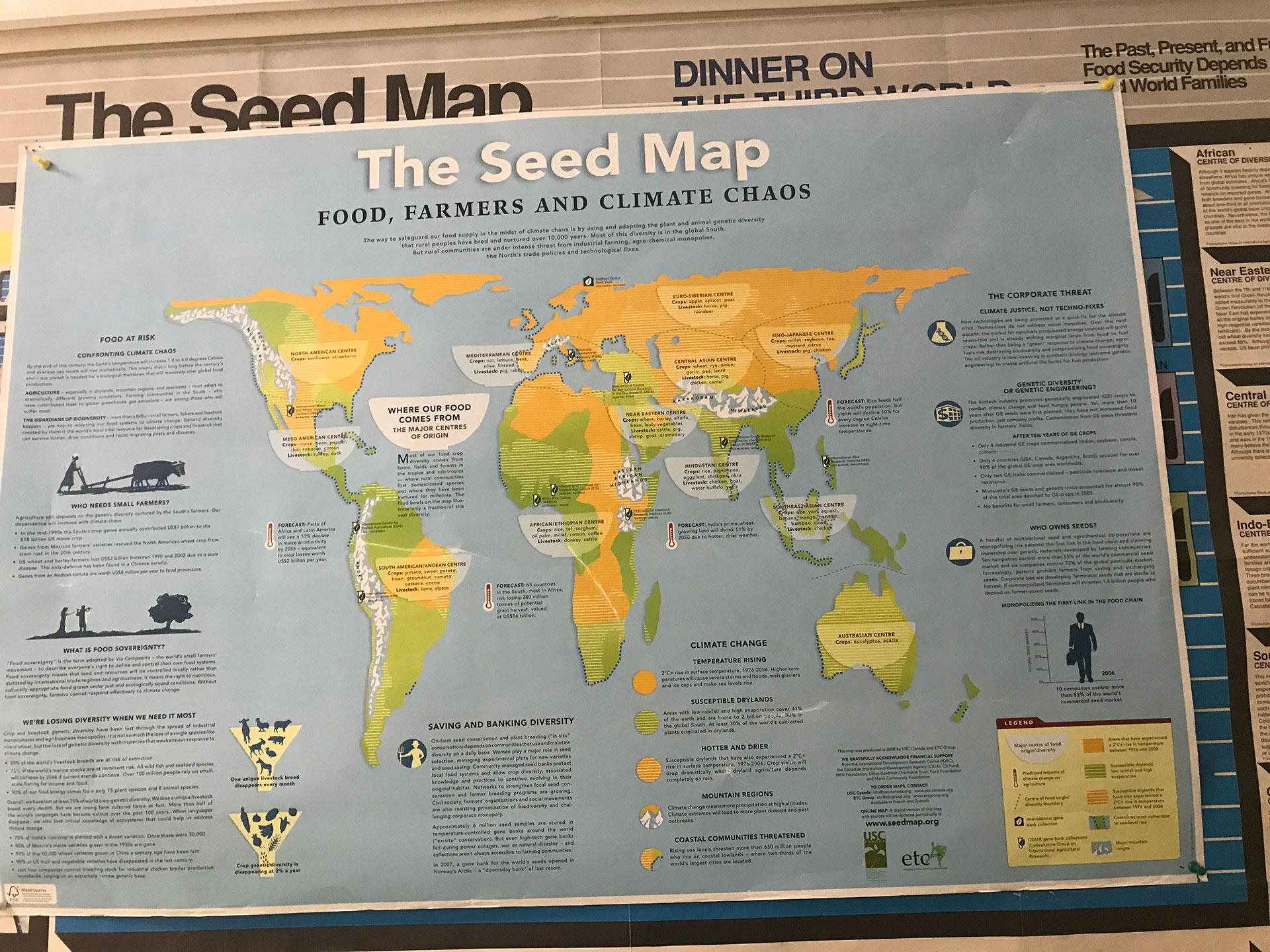